The Shame Associated With a Type 2 Diabetes Diagnosis

How did I end up here? How could I let this happen?

I remember when I was told I had Type 2 Diabetes. It was two years ago. My initial reaction was shock, then came the guilt and shame. How did I end up here? How could I let this happen?

Those questions haunted me in the early days after my diagnosis. I struggled in accepting the fact that I was now one of 30 million people with diabetes.

I kept my diagnosis a secret for many months. Only my immediate family and those closest to me knew. I didn’t want to tell anyone because I was so ashamed. I felt like it was my fault that I’d become diabetic, ALL my fault. I was afraid of how people would react. I didn’t want to see their faces when I told them the news. Above all, I didn’t want to be judged.

Folks can be cruel, whether they mean to or not. I know I’m plus-size and have been for years. I thought I was “safe.” I justified my train of thought because I know people who are much heavier than me, and they don’t have diabetes. So when I was told I was pre-diabetic a few years ago, I didn’t take it as seriously as I should’ve.

It’s all my fault

I’m an intelligent person. I knew I should have watched what I ate and exercised. But I didn’t, and in my mind, that’s why I was diagnosed with diabetes. This was all my doing. If I had just lost weight, this wouldn’t be happening. I didn’t want other folks reminding me of what I already knew. I blamed myself.

I beat myself up about my diagnosis for a whole year. Every day I struggled with that little voice in my head, telling me this was all my fault. Maybe if I’d been seen by my doctor for routine visits, I wouldn’t be in this predicament. I was held captive by my shame for an entire year. That really did a number on my mental health. Thankfully, I have a great support system, and they helped lift my spirits on days when I was really down.

You see, I never thought this would happen to me. Diabetes wasn’t something I was really concerned with; it wasn’t on my radar. Even though I had a grandfather who was diabetic, and my mom developed diabetes towards the end of her life, I didn’t think I was at risk of developing it. I even had gestational diabetes with my first pregnancy. Looking back, I can see now that I missed lots of warning signs.

Education is part of the healing

I began researching my diagnosis, trying to make sense of it all. I wanted to learn as much as I could about this beast that had invaded my life.

As I learned more, I realized that not very many people were talking about Type 2 Diabetes. At least not the people in my circles. I also became more aware of my eating habits and the eating habits of those around me.

As a proud Latina, there are things in my diet that I probably shouldn’t be eating all day, every day (yeah, flour tortillas, I’m calling you out!) As I looked around, I noticed others eating massive quantities of some of the same things. It was at that moment a switch flipped in my brain. I decided I wanted to help people and give them the tools they needed to make better choices.

All that shame and guilt I had inside me was slowly subsiding. I wanted to be part of the solution, not just another statistic.

I came out to everyone I knew. I told them about my diagnosis and shared the symptoms I had ignored for far too long. I encouraged them to get checked for diabetes. I started taking better care of myself by paying attention to what I eat, taking my medication, and exercising more. I’ve been seeing my doctor consistently, and guess what? I’ve lost weight, AND my A1C numbers are down!

I’m no longer embarrassed about my diagnosis. I also started talking about Type 2 Diabetes. I’m hoping that by talking about it more, I can help to remove the stigma associated with it and help improve social attitudes towards diabetes. I want to help educate others because together, we got this! 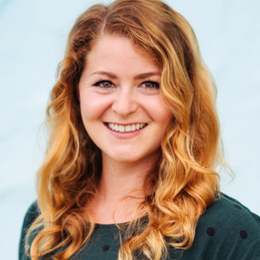 You don’t have to do diabetes alone. Get the support you need from our care team.

If you’ve just been diagnosed with diabetes, you may be feeling overwhelmed and scared. You probably have questions about your diagnosis but don’t know where to start. We'll help you to prepare yourself with these useful tips.

Sara Westermann
11/9/2021
Lab Tests
Which Diabetes Lab Tests Do I Need and When Do I Need Them?

Staying on top of your lab schedule when you have diabetes is a critical piece of your care plan. Think of labs as a road map for making positive changes. We'll walk you through the different types of important lab tests and why it’s crucial to keep up with them. You’ll also learn a bit more about your options for getting a blood test at home.